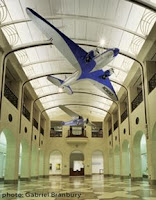 Right back at ya, Milton.
Posted by Martha Hope Carey at 6:20 PM