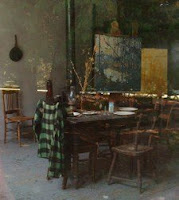 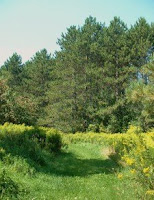 That was what they wanted you to care about. And that was all they wanted you to talk about when you talked about their country. They used a warm method but the message was cold: the newly settled European-white world of Canada, its landscapes and country houses and lakes, was the world that must be defended.
Of course Alaska has a similar un-peopled beauty, and Palin and her compatriots obviously feel that they are the chosen managers and defenders of this possible northern launchpoint for the Rapture. And they too want you to care and talk about what matters most in that management and in that defense -- in the very whitest terms.
Posted by Martha Hope Carey at 12:35 PM