Keeping on the Beam 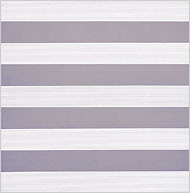 Artist Agnes Martin viewed painting as a means of staying in balance with the world, and as a means of expressing memories of joy. Not joy in the moment, but recollections of innocence and innocent feelings, unweighted emotions. For Martin, painting abstractions (as critic Holland Cotter put it once) "kept psychological chaos at bay, and it kept her on the beam. She hoped that her art would do the same for us."
I take Martin's work over her lifetime as an extended act of generosity, because her choice to revisit emotional states and present them via abstraction provides the viewer with an open-ended invitation into somewhere other than the known universe.
But this is a rare thing. Most of us figure out how to stay on the beam in very prosaic ways. An English professor of mine once claimed that receiving mail was what kept her on course, since it confirmed for her that she actually existed outside of her own mind. Zen master Robert Aiken discovered Buddhism while he was trapped in a Japanese internment camp during WWII, and this provided an inner order that sustained him in the midst of chaos. A friend (the mother of three) told me that for her, it was a nap and a beer a day.
I witness the daily routines of neighbors, actions that seem essential for them to maintain. And like everyone else, I see the ordering rituals of commerce and religion and politics, furling and unfurling in front of us all, every day. All this makes me contemplate my own means for staying on the beam.
Apparently, the best of all balance-keeping devices is interaction with others. And the idea that inner balance comes from being seen and heard by others does seem a perfectly pleasant one. Unless you find being seen and heard generally unpleasant. And remarkably unbalancing.
In that case, I find it's better to just let the paintings communicate in my stead.
Posted by Martha Hope Carey at 4:03 PM