Stuck in the Primum Mobile 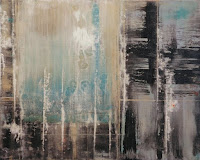 Before eyeglasses were invented and put into use, how the hell did nearsighted people see anything? And how did how they saw things impact how they thought about vision?
Up until the late 1200's it was generally accepted as a natural fact that vision was possible because eyes emitted light onto objects -- which seems a remarkably subjective/self-focused idea. And also kind of like a superhero power. Once the theory of vision through emission was disproved, less subjective studies of the eye led to our modern understanding of how vision works.
I tend to think humans go into any new endeavor eyeballs first, so trying to imagine a world where a large section of the population can't see beyond their feet stuns me. But this also explains how some of the more interesting theories of the universe were accepted as natural facts, before the telescope made looking up into the beyond possible. Crystalline spheres, perfect circular orbits, us in the center of it all...such very subject-centered ideas. And these were very sustaining ideas, for generations. Until seeing made things change.
Today I saw an item in the news about how researchers have imaged a single molecule. You can actually see in the image the bonds between atoms. A few hundred years ago, people looking up could only "see" crystal spheres, and people looking in could only "see" ethers and energies. And right now there are telescope cameras flying through space, sending back skillions of pixels that can show us something about the transits of earth-sized planets across the galaxy.
But these leaps forward in understanding do not mean much to people who find navel-gazing sustaining, to those who adhere to the subjective as if it is objective. The act of being objective about anything means that a portion of the self is restricted, or held in reserve, or suppressed in some way, so that new information can be taken in and identifications are not made from an entirely self-focused gaze.
Objectivity is not impersonal, of course, because we are still thinking through and filtering whatever it is we see. In contrast, true subjectivity is nothing but personal filtering, as exemplified by many a recent Town Hall meeting-goer...and anything Rep. Michele Bachmann says. And for some of us, that relentless subjectivity is a frightening, mind-numbing prison.
My favorite Twilight Zone episode "Time Enough At Last" spells that problem out exactly. Eyeglasses and all.
Posted by Martha Hope Carey at 6:32 PM