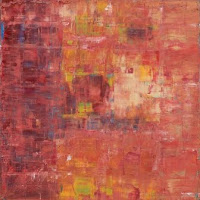 
Ken Burns' droning documentary on the National Parks is best enjoyed with the sound off, as it provides the viewer with an astounding compilation of images from the earliest days of Yosemite, Rainier, Yellowstone, the Grand Canyon, etc. Without the cloying narration about how American spirituality is found and reflected in these great places, one can reach one's own conclusions about the impact of those images on the American psyche. Or one's own psyche.
No doubt the early white "discoverers" of the lands that would become national parks felt the same thrill as Kalas, proclaiming that what they were encountering was never before seen -- at least not by white people living elsewhere. The early reportage about (and paintings, drawings, and photographs of) America's natural wonders helped rally support for protecting those places, while at the same time ramping up racism against Native Americans and driving up tourism.
The images served to promote and advertise, and to capture and reveal the beauty...but also to challenge people to get there themselves, in order to get their own images and impressions, to stake their claim. Because any photograph, painting, or sketch of such a place was, while magnificent, still filtered through the artist's experience and limited by their skill; any other set of human eyes would see the same place as markedly different. So, in seeing, the impulse to own or claim or verify one's own view over the artist's presentation.
In the mid-1980's, the Infrared Astronomical Satellite was able to determine, through stellar temperature measurements, glow tracking, temperature variables, and an ambient temperature matching concept similar to the behavior of snakes (long story), that other sun-like stars out there were being orbited by solid material in a similar fashion to our solar system, which itself formed out of a circumstellar disk of swirling space dust. This was cool for a number of reasons, not the least of which is that this gave Dr. Kalas incentive to keep looking more closely at circumstellar disks to see if there were planets like ours within those disks. And as imaging technology advanced, he was able to determine the answer.
But by "laying eyes" on Fomalhaut B for the first time via images sent digitally from a space telescope, Kalas did not really see anything at all, if seeing a new natural wonder engenders claiming, owning, seeking to verify through one's own experience. Because no human eye has ever seen Fomalhaut B, only human-built machines have.
And though human-built machines which take space photographs can't morph/photoshop a planet as one might morph, say, a Ralph Lauren model, Dr. Kalas did avail himself of the coronagraph on the Hubble, to block out the brightest light from the star that Fomalhaut B orbits in order to capture greater detail. The manipulation was necessary, due to the limitations of our eyeballs, not the desire for a skinnier planet. And listening to Dr. Kalas describe the decades-long process of getting to this moment of image discovery, I was entranced by how little imagination-fueled-by-desire played a part. He described observational astronomy as engaging precisely because it was revealing and unsettling and meant constant challenge to known and accepted views. And he, for one, did not imbue what he discovered with any meaning whatsoever, beyond the fact of its existence.
Posted by Martha Hope Carey at 2:27 PM