The act, not the moment 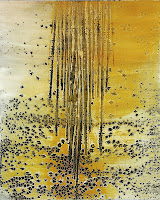 There is a firefight happening in my head about the purpose of determinism that seems, judging by all the political rhetoric lately, to be being experienced on kind of a broad scale. This is not just in the air at the moment because Romney is a determinist in all things; we've all known many like him, I grew up surrounded by many like him, people have always been deterministic about race, class, gender, sex, money, culture, anything.

I know someone (a teacher, no less) who told me once that Pacific Islanders will always be “less” than whites because they fundamentally don’t understand western time. My big brother knows that the great division in music in the 60’s was between the Rolling Stones and the Beatles, and people were fans (and thus defined by) either one band or the other. And we all have encountered people who know the only true God.

I don’t mean to be simplistic or naïve; I have some sense of history, and a sense of how people throughout history have coalesced power around a prescription. Yet I still hit this wall all the time.

In the history of the arts, leaps forward in style and content are often described as the result of a loosening of intellectual constraints, a broadening of the definition of what is “true” for the viewer. These leaps forward are also leaps away from a way of thinking that art history tends to represent as almost universally shared – the idea that, in any given time, everyone “knows” that objects represented in a particular way reflect the norms of truth, the universal idea of what is true.So too in politics, in the art of popular persuasion, where proponents of a particular view tend to present what they know as reflective of a universal.

But there’s the rub: Romney, et al tend to present their shared reality (now with percentages!) as a set of thoughts one can acquire that, in both their expression and in their acceptance, imply a concrete answer. Their universalism is about “known knowns” that require the listener/viewer/voter to adapt any extraneous thoughts or curiosity to the expressed thoughts. In other words, thoughts are conceived of as adding a layer of paint to an old house, with the aim of protecting the siding and defending against the weather. The house is the universal truth of human thought and experience; new paint is, over time, absorbed into the structure.

On the other side, the universal presented by Obama, et al, is the "universal" that all is contextual, that experience is myriad, that thoughts adapt to time, weather, circumstance – that the only static truth, if there even is such a thing, is that we re-shape “truth” to serve the time we inhabit. Honestly, if I had a dime for every time Obama has said “you need to understand the context here” to a reporter, I would be loaded.

And this is on my mind not just because Senator Scott Brown claims that he can determine her race from looking at his opponent, or because Todd Akin claims he can determine legitimate rape from any other kind, or because Romney has determined that he does not benefit inordinately from the capital gains tax rate, or because education reformers have determined that U.S. schools are failing and Finland and Denmark are the best models against which we should compare our educational system.

Arguing the facts is pointless, as determinist thinkers tend to simply mix facts into the paint. My teacher friend was entirely uninterested in any broader cultural interpretation of the realities of life in Samoa. A few months back I had a pretty uncomfortable conversation with an older, very wealthy white couple, who had determined that the problems we are seeing in urban public education today are really due to the issue of race, which, they said, "is just not a problem you can solve.” They had not considered that a pressing issue facing anyone in urban education is lack of resources, and always has been, and that this is actually a problem one might solve.

No, that wall I hit all the time is one that is surmountable only by denying determinist thinking and universalist claims, or even denying that there ever has been a need for such things.

I am not indulging in an act of imagination here; every human mind that is capable of reflection is capable of comprehending context, fluidity, tolerance for change. The only way humans move forward (well, move away from rampant self-destruction) at all is that they display and act on these competencies, or have acted on these competencies. The ability to see context is actually a universal in that it is a shared trait among all humans, in terms of the functioning of the brain. We are programmed, down to the dendrites, to process new information and innovate our thoughts around this newness. We do it all the time. What is really not a universal is the idea that we all share…a universal concept of what is true. Or what is God. Or what is musical. Or even what is color.

We all have the privilege of living in a time when, like I am doing by writing this, we can look askance at accepted norms of the past and say “ha! back then you totally didn’t have brain scans that show us how we actually function, or the genomic sequence,  or photographs from deep space, or data from Mars, or an ability to map the physics of weather” or what have you. I am using (and I guess abusing) that privilege by denying that the need for determinism was ever valid.

But really, I think those who ever claimed a determinist frame for human thought – just as those who are doing so now, in the public sphere – are actually the ones using and abusing some projected understanding of all of human nature. What better way to wrangle people to particular ends than to play on their fears of individual disintegration? What better advertising campaign has there ever been, in the history of history, than the one that claims that you are part of a great universal something and by acknowledging that, by submitting to that, you will be safe, you’ll be intact, you will always belong?