The Worth of the Work is Open to Interpretation (continued) 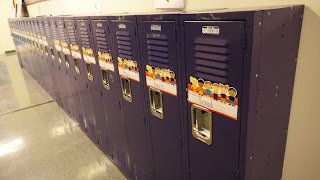 This post continues the introduction of my dissertation. The project was a qualitative/ phenomenological study of teachers at an urban charter school, about how they make shared meanings of the phenomena around them (particularly aspects of contemporary school reform) and make meanings for themselves as teachers in the era of accountability. The first posting in this series is here.

Philadelphia is a pivotal urban site in the implementation of new educational models that embrace free market aims. This has been the case since the state of Pennsylvania passed a charter school law in 1997, subsequently took over management of the Philadelphia schools in 2001, appointed a School Reform Commission (SRC) which replaced the district’s Board of Education, and then hired former Chicago Public Schools CEO Paul Vallas to lead the district (Gold, et al. 2007; Bulkley 2007; Whittle 2005). Vallas promptly introduced a new school improvement program in Philadelphia, one based on educational privatization, expansion of charters, and defining school effectiveness via test score outcomes, which was a model similar to the reform program he had implemented previously in Chicago (Gold 2006; Burch 2006; Lipman 2004; Socolar 2002).

Today this model (referred to as the portfolio model) is still followed in Philadelphia and continues to be supported through both law and policy, though the school district has been almost continually in crisis over this same period of time (School District of Philadelphia 2013; Derstine 2013; Boston Consulting Group 2012; Denvir 2014). Governor Tom Corbett (2010-2014), who was interested in limiting funding for traditional urban public schools, dramatically reduced state and federal aid to all districts in the state, and withheld 45 million dollars from the School District of Philadelphia in 2014 until it complied with new work rules that allow traditional public schools to bypass union-endorsed teacher seniority in hiring decisions, as is already the case in non-unionized charter schools (Mezzacappa 2013; Mezzacappa 2014).

Governor Corbett had previously revised a law that allowed traditional public schools to be reimbursed for a portion of the cost per student when students choose to attend charter schools and removed that reimbursement, a change that left every district in the state facing budget revisions, and left the Philadelphia school district with a 110 million dollar reduction in the 2011-12 budget (Delano 2013; McCorry 2015). The current Mayor of Philadelphia is interested in expanding the number of charter schools in the city and redeveloping closed public school buildings (Herold 2013; Greco 2011; McCorry, November 10, 2014). But many of the charters he has supported have a tainted history; as of mid-2012, there were nineteen charter schools in Philadelphia under investigation by federal authorities, mostly for fraud, misuse of funds, and inflating student enrollment numbers in order to receive increased payments from the School District of Philadelphia (SDP) to the charters (DeJarnatt 2012, p. 49-50). The School District of Philadelphia today employs 8,500 fewer staff than it did in 2011(Gym 2014). The SDP Superintendent has just overseen a rash of school closures which accompanied these broad staff and teacher layoffs in the face of yet another serious budget crisis, and the SRC controls any pathways to a long-term funding solution (Blumgart 2013; Gold et al, 2007). And just one month into the 2014-15 school year, SRC members voted unanimously to cancel the union contract with Philadelphia teachers and redirect 44 million dollars allocated for teacher health benefits directly to schools (Leach 2014; Madrak 2014; Mezzacappa 2014).

Crises such as these have been hallmarks of neoliberal school reform efforts in a number of cities, Chicago and New Orleans foremost among them, and the impacts of such crises resonate at the ground level within each district, affecting every school and every teacher to varying degrees (Cuban 2013; Steele, et al 2011). Lipman examined the positioning of teachers operating within this framework in Chicago and drew a straight line between neoliberal policies and teachers’ experiences in their workplaces. She found that “In the schools I studied, imposed pedagogical practices corrupted relations with students and ran counter to the intellectual and ethical purposes at the core of teachers’ professional identities” (Lipman 2011, p. 130). Other researchers have also explored this often problematic shift – specifically, how urban charter schools define and redefine the functions and roles of teachers in the era of accountability.

Charter school administrators see their schools as locales of choice for both students and teachers. In their view, teachers are researching market options and choosing these schools for employment, meaning “[t]eachers have market power and can’t be ignored” – but this also means that teachers can be easily replaced by charters depending on the whims of the market and how desirable a charter’s product features are (Hill et al, 2006, p. 6). All charters have product features, as all products we are persuaded to purchase do. The most visible features of a product tend to be those that promote a positive spin on its usefulness or functionality and ideally promote a desire on the part of the consumer to be associated with that product. This holds true for how charters and charter management organizations market themselves to districts, and to parents and communities, as well. And some of the most visible features of charters concern teaching and teachers, from how they are assessed, how they instruct, and what they teach, to the terms and conditions of their at-will employment. But there are also invisible features in every product, those things that are hidden from view, sometimes intentionally.

In software, invisible features are those bugs that were identified as issues but never really fixed after release and testing of the beta version and they are now simply embedded in the structure of the code, and impacting the product, in perpetuity. And in schools such invisible features (which may be connected to a range of issues, such as levels of teacher empowerment, or decision making about curricular choices, or approaches to student data use) can become so deeply embedded in a school’s culture that identifying them and their impacts on policy decisions, strategic planning, student life, or teacher identity can be difficult even for those within the organization. In charter schools this can be particularly acute, as they are generally less regulated and less transparent about process and policy (per most current state charter laws) than traditional public schools have been. Acknowledging the existence of, or making overt, such invisible features in charter schools also begs the question of who, in the end, is accountable for fixing those bugs – or even if they should be fixed.

Leaders of school reform initiatives are highly motivated by an ideal of accountability that is promoted as a very public and very visible feature of schooling. Since the first state charter school law passed in 1991, charters have enacted policies that reflect the idea that “to get accountability, we need to ‘get tough’ with teachers by controlling their behavior, choices, and quality from the top-down” which is an approach that “focuses on standardizing curricula, tightening licensure requirements, offering merit pay, tying teacher evaluations to student performance, and attacking unions for policies governing tenure, pay, work hours, and role differentiation” (Education Evolving 2013). One upshot of this is that teachers who may base their understanding of the practices and purposes of the job on the traditional model of teaching as a broadly unionized public service profession instead become, when they are employed by charter schools, the responsible parties in market-based accountability efforts.

Teachers who may have been trained to work within a centrally-administered government organization are instead workers in autonomous entrepreneurial organizations generating products the market will support. Both environments may well have organizational policies and/or pedagogical practices that teachers object to, but in charter schools these are widely variable and poorly regulated, and these policies and practices can change dramatically and without teacher input depending upon market forces, local or state-level political realignments, changes in school leadership, or changes in charter management organizations (Fergeson 2011). And in the majority of charter schools across the country, with recent exceptions in Chicago and Los Angeles, teachers cannot collectively bargain for changes in their working conditions or salaries and expect to remain employed by their school (Abowd 2009; Maxwell 2010). Such redefinitions of teaching are echoes of the larger effort to redefine public education at the core of neoliberal school reform and provide compelling reasons to this researcher for the exploration of how teachers navigate the various contexts and concepts that impact their professional identities in a school that was created during (and is reflective of the aims of) the accountability era.

One impetus for this work is related to the issue identified by educational researcher Pauline Lipman in her work on Chicago schools: how the “intellectual and ethical purposes at the core of teachers’ professional identities” are presented to teachers at and by an urban charter school. But what is primarily of interest to this researcher is how the less overt aspects of the school culture, those embedded and often invisible features, may be engaged in or reacted to by the teachers within a school. How do teachers with a strong pedagogical stance balance this against the market-driven aims of their public charter school? What are the common sense meanings these teachers share (and describe to themselves and others) when faced with contrasts between the organizational aims of a business and their own training as educators? And how do these teachers understand the varied meanings of autonomy, accountability, equity, choice, and failure at their school?