Not From the Strongest Light, But From the Pattern 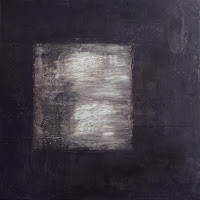 The best movie I ever saw was the radio play version of Star Wars.
I "saw" it while stretched out under the speakers on the floor of a farmhouse in rural Pennsylvania one evening in July, 1981. This imagined Luke Skywalker-reality was far richer than what I had seen in a theater a year or so before. As I viewed distant planets on the screen of my mind, there were no continuity problems. I did not have to suspend my disbelief. And since the feelings I had about the characters I was hearing over the speakers were generated by me, not cued visually, I felt them to be utterly true.
That same summer I visited a slaughterhouse and looked on as a cow got a metal rod punched into it's brain. No getting around what was true in that scene; the cow it was that died.

The best interview I have ever seen was also on the radio. It was on NPR's Fresh Air several years back, when Terry Gross asked Monica Lewinsky how she (Monica) knew Bill Clinton was truly loving her in the moment if she (Monica) could not talk to him or even see him, given the sex act she was performing on him...and that it was performed from beneath a desk. At this point, Ms. Lewinsky stopped the interview.
The interviewer had asked an apparently unsupportable question, one that required an unvarnished look at the truth of a moment. Terry Gross had wondered aloud just how a person can imagine love is mutual when only one person has power, and the silence that followed that question was louder than any screed on the subject. The quieted Lewinsky had told herself that something was true (she was loved! she was satisfied!) which was patently and provably not. On the other side of the radio, I swear I could see her break.
I could understand her self-delusion. Because the real emotions are those that generate up from the dark, out of the whole story of the self. The fake ones, the tricky ones, are the ones you are told (or tell yourself) you should have, particularly in certain Lewinsky-like situations. And those are the ones that come with strings and strands and shame attached. Especially if you were raised to be a nice girl.
Bringing that recognition to the work of Making Art While Female means some undoing is required.
Of course people do create art about fake things all the time. Just as people create fake lives or fake identities for themselves. And fake feelings. And women often are encouraged to express, at least situationally, required emotions. Because it just makes things easier for the group, somehow.
But I don't believe one can paint about required or fake emotions and get anything like a good painting. Which gives me motivation to not dwell for long in required or expected or advised emotional responses; there is a cost, on several fronts. Bad art costs, as does the loss of self. And in the end, no other expected reality actually ever fits you. The one that fits, that generates the work of creative work, is only the one you have shaped.
Posted by Martha Hope Carey at 1:52 PM