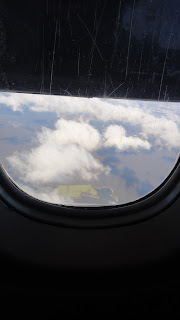 Part of me did want to just punch the guy. But a greater part of me wanted to hear why he thought what he thought about his own situation in life, because I need to know how they think. Just as I need to know how the actually powerless (whether in group homes or at Roxborough High) are impacted by his kind of thinking. Comprehending how the relentlessly self-referencing see the world matters. Because, it seems, they are making all the policy decisions now.
Posted by Martha Hope Carey at 12:37 PM

How easy it is to believe in survival of the fittest while they are fit. They do not realize what they have is just a job loss, or health crisis away from being lost. They do not believe in societies' safety net because they have never needed it. They think they have jobs and are healthy because they made the right choices. They are just one small accident away from losing all that, but they don't think it can ever happen to them. Of course, we wise old women know how easily things can change.